After some 11h flight from Auckland to Buenos Aires (with wonderful Air New Zealand where I managed to watch 4 movies but not to sleep),  I am proceeding real fast through immigration, luggage pick up and even after pushing the taxes button it shows green so I can just walk through. I want to change some US dollar to Argentinian pesos but the queue is long and not moving. As I have a shuttle bus waiting, I decided to take money at the ATM. Bad idea as it will turn out later. It’s hot and humid in Buenos Aires and I am very tired.

The shuttle bus is supposed to take me to my hostel, but turns out it’s not. At least I am well on that list of passengers and don’t have to pay as a fellow Kiwi traveller (who I lend pesos in the end and he gives me some USD. Happy to help after having been so well taken care of in New Zealand). As in NZ, people are very friendly and helpful and it’s soon decided that a woman from Buenos Aires who lives not too far away from my hostel will bring me there. She says that a young girl like me shouldn’t travel on her own and doesn’t believe me that I am already 35! First she organises a public transport card and shows me already some sights, then she brings me right to the front of my hostel and kisses me goodbye. After such a wonderful welcome, things turn bad when I realise at check in that my credit card has gone! After unpacking everything, I have to accept it’s gone and although all I want is sleep and hide in my bed, I have to block now my credit card. It’s easily done online but then I need to check what to do now. I need a credit card. I have some other cards to get money at a cash machine but not for payment. When talking to my bank I learn that I can get an emergency card, for free in my current contract! Ordering is directly with visa and their Indian call centre. An hour later I can finally grab some empanadas for dinner and crash at 8pm in my bed. I am in a YHA but the standard is of course not comparable to new Zealand, at least at the reception they were very friendly.

The next morning is again spent with Visa and my bank, sorting some issues with the approval of the emergency card. At least I can enjoy the included breakfast at the same time.

At 11am I can finally start discovering Buenos Aires. Walking through the Botanical Garden, I get my little dose of nature and some shade.

It’s over 30 degrees Celsius and I was told that’s very unusual. They had even over 40 degrees the last 10 days, unheard of end February. After New Zealand’s weather extremes it’s now up to Argentina to make my life more difficult? Doesn’t matter, I just walk and walk and walk, Buenos Aires is big!

I finally end at the famous Recoleta cemetery but have to walk almost entirely around it to find the entrance (should have just taken the other way). The cemetery reminds me of some of the Parisian cemeteries with little streets and the graves like little houses. The most famous grave is the one of Eva Peron, Évita, first lady of Argentina from 1946-1952 who died far too early from cancer at 33 years! 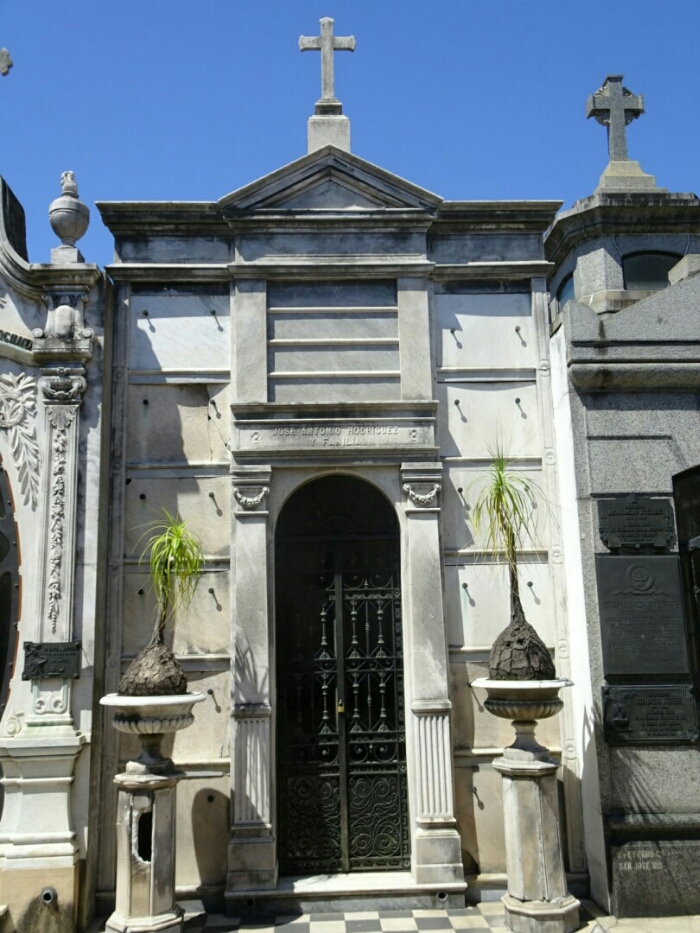 I like the peaceful atmosphere and take a break in the shadow of a tree before continuing my walk with some ice-cream from a close by heladeria.

Taking in some of the busy street life, I arrive a few kilometers further at the Parliament, the Congreso Nacional.

Following avenue de Mayo, I arrive at the plaza del Mayo with the Casa Rosada. The pink house is the mansion and office of the President of Argentina. My new edition of the Lonely planet tells me there are free tours every half hour but turns out you have to book it online in advance.

So I continue, trying to find a way to cross the big streets and venturing now to Puorto Madero, the new harbour. Across the river, modern skyscrapers while on this side renovated loft style brick buildings.

I walk all the way at the river and then up to the final quarter of Buenos Aires for today, San Telmo. It has a nice indoor market (and a Sunday feria which I will miss), some nice little stores and streets.

At 6.30pm I realise that I didn’t even have lunch (just a big ice-cream), suddenly very hungry. With the Italian roots, I heard that pizza is quite good here and go for one. But no Italian would ever be happy about the greasy thing called pizza that I got here…. So I head home, realising I left my new subway card with all other valuables at the hostel reception. But people are so friendly, I can’t buy just one ticket (I would have to buy another card) and the vendor points me to the boy at the entrance. I don’t understand much of the conversation at all but in the end they let me go through for free! Half an hour later when I get out of the subway it’s already dark outside and all I do is sleep!
Day 2 of Buenos Aires starts better. There was a storm last night and the temperature is down to some pleasant 25 degrees. I head by subway to the other YHA where I want to participate in a free / tip based tour of La Boca. Free tour means some waiting and walking and a public bus ride until we can actually start the tour in the heart of La Boca. It’s historically the neighbourhood where the poor porteños (inhabitants of Buenos Aires) lived and still live. At the middle of the 19th century, immigrants built their houses with scrap metal and used any colour that was left over in the harbour, creating some colourful houses. So much about history, reality today is an artificial spot around El Caminito.

Some houses have been rebuilt as they were originally for tourists, but you can mainly find horrible souvenir shops, expensive restaurants with tango dancers, tango dancers in the street who pose for pictures (and money), a “Maradona” who you can take pictures with…. Still interesting to hear about the history and take some colourful pictures before heading to the famous stadium of the Boca Juniors. 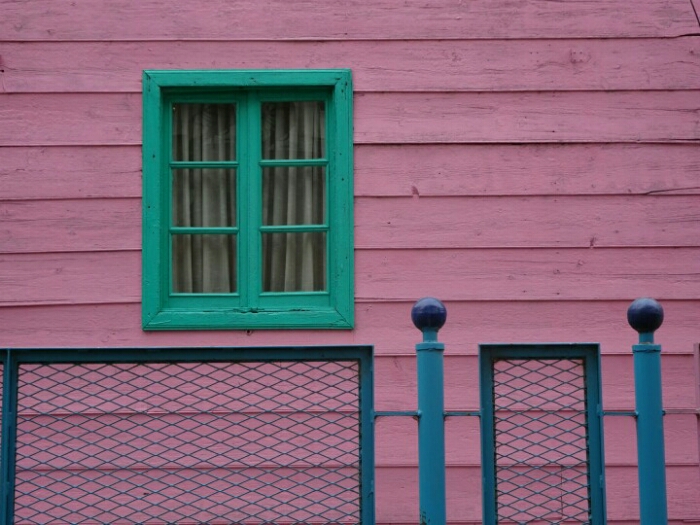 The tour ends too soon and I take a bus back into Palermo which takes some 90minutes due to traffic jams. Luckily I bought some lunch before boarding the bus!

After walking around in Palermo a bit further, I take a nap in the hostel. With Delia, an Argentinian girl I met at the hostel, we go out for a drink. Hard to find a bar that sells anything else than beer (for the German non-beer liker). We have a nice evening and I learn a few things about life in Argentina. I also learnt here already that y an ll are not pronounced as in Spain, but more like “sh”. So pollo is posho and (my favourite!!!) yoga is “shoga”.

Day 3. After checking my bank account I realised that the ATM at the airport must have been manipulated as there are cash withdrawals after mine. So I decide to go this morning to the tourist police as they speak English. They speak English yes, but otherwise they don’t really understand why I am here if I already blocked my card. They don’t care about the ATM creating problems for other tourists. If it happened at the airport they are not responsible, I need to go to the airport. They can only take me to the next police station but in order for them to raise a report I would have to lie and tell them it happened in Buenos Aires. Oh and I am very German for not wanting to lie. Well, I leave the six police men to their mate tea and walk to Plaza San Martin and further to the Museum of Fine Arts. They have some nice paintings but I don’t really feel like museum so I go back to the hostel after another empanada stop for a late lunch. Then time for a nap before an evening stroll in my neighbourhood, Palermo. I am glad a good friend advised me to stay here, it’s pretty cool with street art and plenty of nice shops, cafes, restaurants.

It’s just that everything in Buenos Aires is focused on consumption and my life the last 4 months was so quiet and close to the nature that I don’t feel like being at the right place here. I cannot appreciate Buenos Aires, but any other big city might have been the same. I am tired and feel lonely, it’s time to go back to the nature. My flight to Ushuaia is already tomorrow, I really look forward to it.